Epilepsy is a disorder of the brain's electrical system. Abnormal electrical impulses cause brief changes in movement, behavior, sensation, or awareness. It is also called a seizure disorder. When a person has two or more unprovoked seizures, they are considered to have epilepsy. Seizures happen when clusters of nerve cells in the brain signal abnormally, which may briefly alter a person's consciousness, movements or actions. 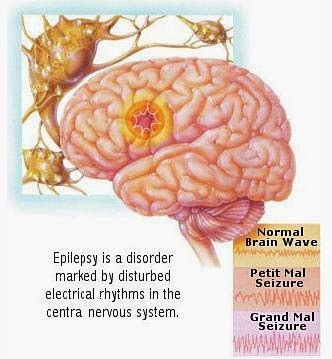 
Dietary changes that may be helpful for Epilepsy

The ketogenic diet was developed in the early twentieth century when few drug treatments for epilepsy were available; until recently, it had been used only when drug therapy was ineffective. The dietary approach was based on the observation that ketosis (increased blood levels of chemicals called ketones) is associated with reduction of seizures. Ketosis can be produced by a diet high in fat and very low in carbohydrate and protein
Possible side effects of the ketogenic diet include gastrointestinal upset, dehydration, anemia, low blood protein levels, high blood levels of fat and acidity, kidney stones, and signs of liver toxicity. Vitamin and mineral supplementation is necessary due to the many deficiencies of this unusual diet. The ketogenic diet should not be attempted without the supervision of a qualified healthcare professional.

Nutritional supplements that may be helpful for Epilepsy

Email ThisBlogThis!Share to TwitterShare to FacebookShare to Pinterest
Labels: Epilepsy