Main source of sodium is table salt. Your body needs only 1/4 teaspoon of salt every day. Sodium is found naturally in foods, but a lot of it is added during processing and preparation. Many foods that do not taste salty may still be high in sodium. Large amounts of sodium can be hidden in canned, processed and convenience foods. And sodium can be found in many foods that are served at fast food restaurants. 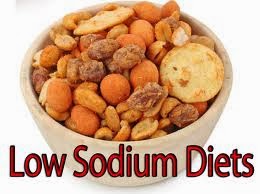 
General Guidelines for Cutting Down on Salt

Email ThisBlogThis!Share to TwitterShare to FacebookShare to Pinterest
Labels: Sodium