To Cook / not to cook with extra virgin oil

Olive oil is a fat obtained from the olive (the fruit of Olea europaea; family Oleaceae), a traditional tree crop of the Mediterranean Basin. The oil is produced by pressing whole olives. 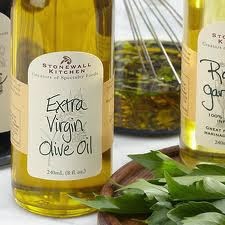 It is commonly used in cooking, cosmetics, pharmaceuticals, and soaps and as a fuel for traditional oil lamps. Olive oil is used throughout the world, but especially in the Mediterranean countries and, in particular, in Greece, which has the highest consumption per person.

One of the main things to consider when evaluating whether it is OK to heat extra-virgin olive oil (or any other oil for that matter) is the smoke point of the oil. The smoke point is the temperature at which visible gaseous vapor from the heating of oil becomes evident. It is traditionally used as a marker for when decomposition of oil begins to take place. Since decomposition incurs chemical changes that may not only result in reduced flavor and nutritional value but also the generation of harmful cancer causing compounds (oxygen radicals) that are harmful to your health, it is important to not heat oil past its smoke point. Inhaling the vapors can also be damaging.

In principle, organic, unrefined, cold-pressed extra virgin olive oil should have the lowest smoke point of all forms of olive oil since this form of the oil is the least refined, most nutrient dense and contains the largest concentration of fragile nutritive components. Oxidation of nourishing substances found in extra virgin olive oil, as well as acrylamide (carcinogen) formation, can occur at cooking temperatures very closer to the 300°F/148°C range. For these reasons, cooking with extra virgin olive oil is not recommended.