The esophagus is the tube that carries food, liquid, and saliva from your mouth to the stomach. An esophageal ulcer is an open sore in the lining of the esophagus. 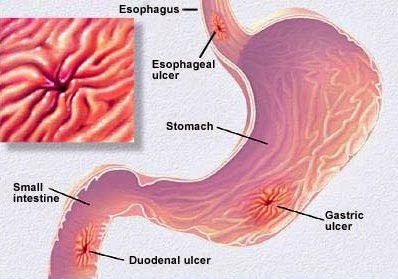 Email ThisBlogThis!Share to TwitterShare to FacebookShare to Pinterest
Labels: Ulcers in Esophagus