Wheatgrass is a kind of grass. Its ground parts, roots, and rhizome are used to make medicine. Wheatgrass is primarily used as a concentrated source of nutrients. It is also called as “A Natural Immune Booster”.

“Its health benefits and curative powers were promoted in the 1940s by Ann Wigmore, a Lithuanian immigrant to Boston and holistic health practitioner.” 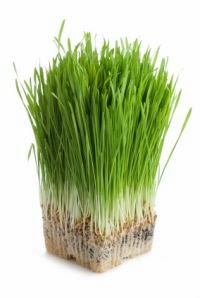 NUTRITIONAL BENEFITS OF WHEATGRASS
“Wheatgrass can double your red blood cell count just by soaking in it. Renowned nutritionist Dr. Bernard Jensen found that no other blood builders are superior to green juices and wheatgrass. In his book ‘Health Magic through Chlorophyll’