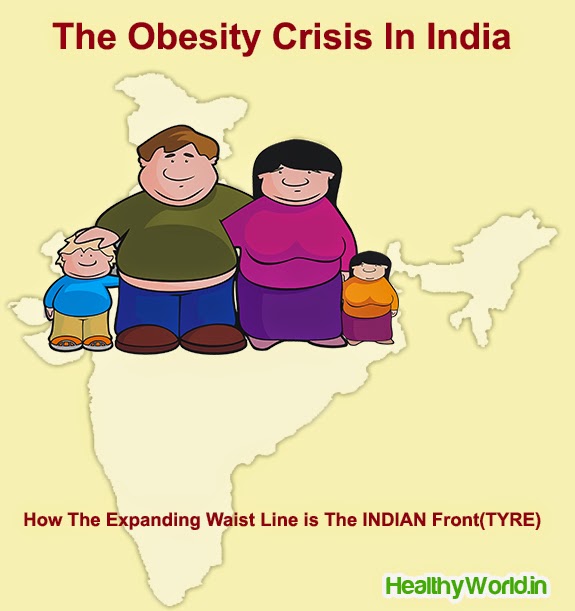 India is catching up with the west in terms of technology, space ships, cool gadgets and the latest trends. But this isn't the only sphere India is growing in.

India is the second most populated country in the world, flooded with people. A study conducted by the UN revealed that our country is home to 1/3rd of the world’s poorest people. In a country where people are starving and struggling to get their hands on one meal a day, obesity would be the last thing on anybody's mind.

Yet here we are, in third place behind the U.S. and china in the ranking of countries with the most obese people. We are under attack; alcohol, junk food and a lazy lifestyle are driving us toward slow and steady self-demolition.

With 30 billion obese people, you'll find every one in 5 men or women to be obese in our country.  But why this sudden increase? It is only in the last 2 decades that the number of obese people has shot up.

India has been a country malnourished and lacked nutrition all these years, and sudden urbanization and commercialization has set in leading to a phenomenon called ‘over nutrition’. The middle classes especially have taken a huge liking to the global brands of junk and processed foods flooding Indian markets and people are relying on these processed foods daily (which are packed with trans-fat, sugars and other artificial ingredients).

Obesity among children and adolescents is increasing rapidly too with the increasing consumption of junk food and lazy lifestyles. Abdominal obesity is most prevalent in this case.

Women are more prone to obesity in our country than men, since the general notion followed to this date is that a woman must put the health of everyone in her house before her own.She’s so caught up managing the affairs of the house and multitasking that a visit to the gym doesn't make it to the ‘To-Do List’. The ages from 20-45 are where a huge chunk of the obese lie and heavy reliance on technology for almost everything, along with the internet has led to an inactive and lethargic lifestyle which does not have any space for physical exercise.

Obesity has shown to cause a huge amount of problems in the long run, including breathing disorders, osteoarthritis, blood pressure problems, diabetes and even cancer. It’s time to start throwing your weight around and away from your body, you don’t need that much!

Guidelines for obesity prevention and cautions need to be discussed more among the masses to raise awareness and children should be educated right from a young age about the importance of physical exercise and health and nutrition.

It’s never too late to hit the gym or even start off with a brisk walk. Remember, obesity doesn't run in the family It’s because nobody runs in the family!