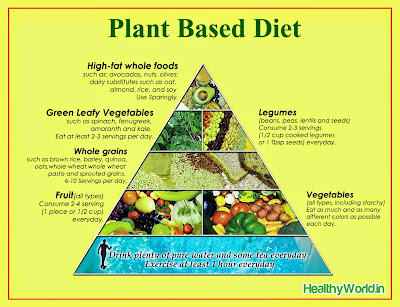 Nothing will benefit human health and increase chances for survival of life on Earth as much as the evolution to a vegetarian diet. Albert Einstein

Plant based diets seem to be quite the trend today, with the Indian mentality staying consistent over the past years and looking to the west for inspiration.
While a plant based diet has a whole array of benefits, it has become popular in most parts thanks to Hollywood actors, ex American presidents and other celebrities and global names who inspire the Indians probably more than most other nations such as the Chinese for example!

Good luck convincing one of them to switch to a plant based diet! Anyway, what really is a plant based diet? No it’s not veganism. Although veganism is one end of the spectrum, it simply means relying on more volumes of foods produced by plant sources than animal sources. These include whole grains, beans, lentils, fruits and legumes among others.

A plant based diet boasts of an array of benefits for both your own as well as environmental health. Not only does it discourage the indiscriminate killing of animals for meat but also makes you feel like you’re part of some sort of a fight against animal cruelty. Feel good diet isn’t it?

It also reduces the exhaustion rate of environmental resources since rather than first producing grains and feeding loads of these grains to animals and then finally eating animals, we’re directly eating the grain itself. Studies show us that plant based food pack a nutritional punch, and contain all the vital vitamins and nutrients that our body needs to grow and function (with the exception of Vitamin B 12).

The risk of cancer is also reduced which arises when meats are grilled and or processed before consumption. This diet also provides you with enough protein to grow and repair muscles.
Take a look at Bollywood hunks Akshay Kumar or Shahid Kapoor if you have any doubts.

Now moving on to your favorite reason to pick a plant-based diet over a non-vegetarian one – it’s easy on your pockets. It’s a no brainier guys, vegetarian food is cheaper isn't it? Same case.

Plant based diets also help you lose weight since they are loaded with fiber which keeps you full for longer and prevents overeating. They also have a much lower calorie content so you end up having two to three whole plant based meals which equal the calorific content of one meal at KFC or Mc Donald’s.

It’s a diet most people resort to for weight loss and rightly so. Plant based food is the ideal way to go about your diet, a little meat now and then won’t harm you but bulk of the reliance should be on veggies and fruits to stay clean and lean.