Say No To Food Wastage 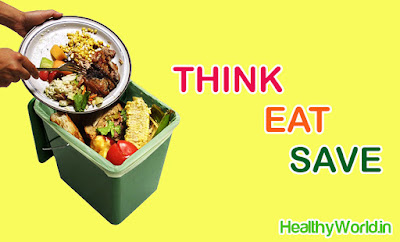 Love and food are meant for sharing not for wasting


Food wastage in India is a huge problem for any nation, especially a developing one such as our own. Loads of food is wasted in developed countries for all the wrong reasons, but in our case, the reasons are more due to the lack of adequate infrastructure.

40% of all fresh grown food perishes before it can get to the markets or consumers because we don’t have adequate storage and transport facilities. It’s quite ironical, since India houses one third of the world poor, and people die everyday of starvation and hunger, and we end up wasting almost half of our food produce.

To top that, 47% of Indian kids are underweight and 46% of those under three years old are too tiny for their age There has also been a prediction for the worsening of our condition in the coming decades by the UN. We also happen to rank 63rd in the World Hunger Index, leaving all our beloved neighbors behind. So how do we tackle this huge problem?

Its simple. Start by your own self. You cant expect things to change, you gotta make it happen! India is the biggest waster of food in the world, believe it or not! We cant prevent the facts like lack of cold storage freezers or modern food chains being absent that cause wastage. That’s something that the government and major industries need to work on.

But what we can do is the simple things, don’t cook heaps of food that you or your family won’t end up eating, and even if you do, make sure you save the leftovers for the poor beggar sitting round the corner starving or even the watchman of your societies who may not be getting 2 meals a day.

Rich brats that take a couple of bites and throw the remainder of that super expensive burger could take the small trouble of walking over to the beggar or leper sitting right beside that dustbin so that he can at least fill his stomach with something rather than hunt inside the filthy dustbins at night and contract diseases for which he can’t afford the treatment.

It has been said a thousand times before, that we’re an interdependent society that can only develop collectively, selfishness and lack of compassion or concern for the surroundings is only going to do more harm than good.