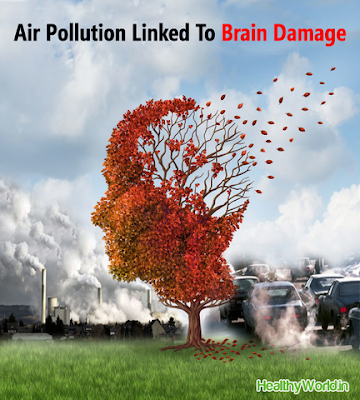 Don’t let our future go up in Smoke Did you know?

Air pollution affects the brain and memory of a human if exposed to it often. A study conducted by the Harvard Medical School shows that over exposure to air pollution that contained small particles such as the kind released from car exhausts resulted in an increased risk of mini strokes and smaller brain volume as compared to others who were not exposed to air pollution. Scary isn’t it?

Imagine roaming out on the streets all day and your brain volume gets smaller bit by bit! Another astounding and provocative finding from this study showed that dirty polluted air caused around a year of ageing internally, of the brain. Who knows how old your brain is!

What actually happens is that when we breathe in these minute particles from the air is that they go straight to our lungs and attack. This causes inflammation which can then spread to our brains. Another harmful effect of the pollution is that it causes a silent stroke which is caused by the blockage of the blood vessels in the brain by these particles.

Another reason to hate traffic jams! (As if we didn’t have enough already!) Besides this, China’s pollution problems take the front news in most cases but it’s really India that is dealing with this problem in a major way.

It’s time to ‘clear the air’ about that issue. India has some of the most polluted regions in the world, so much so that the kids in our country suffer from lung damage, which we’ve learnt leads to brain damage in the long run. Not such a bright future for the kids now that you think about it. With all the IT parks and all the industries as well as new cars flooding the market every day, our condition only seems to be getting worse.

According to a study done by the World Health Organisation, 13 of the 25 cities with the highest concentration of particulate matter floating about menacingly in the air are in India. Half of the children of Delhi have irreversible lung damage according to another study conducted by a nationwide survey. Don’t you think its about time we changed for the better?

Try buying a new cycle, it’s cheap and convenient. No parking issues and takes you closer to your fitness goals. Besides these plus points, it’s also easing a bit of pressure on the air and helping reduce the pollution, something that needs to be done immediately.