Salt that we consume is mainly comprised of Sodium Chloride. That’s it. Any other colors or flavors added to salt besides saltiness, come from impurities and additives. This stuff is really important for us, since it makes food bearable and gives that salty taste to our food, as well as combines with the other ingredients to give you a completely unique taste.

Basically it makes the food ‘sodiYUM’. There are a number of salts available in the market, and we’re going to talk about which one’s the best for you. Kosher Salt is the first, and comes in flakes and is used by chefs to suck out the water from the meat. So it’s not exactly your best option for putting on boiled eggs. 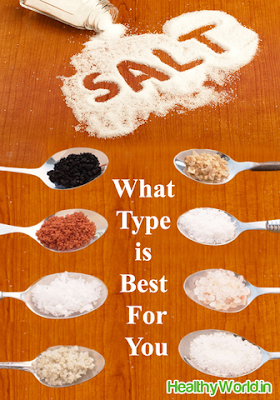 Next up is our favorite, pocket friendly, table salt. Cheap as hell, easily available this is what most of us use. It is mined industrially and is highly refined, with barely any impurities. This is also why it is the saltiest of salts! Table salt is iodized too, so you won’t be getting Goitre if you consume normal amounts.

Sea salt is also Sodium Chloride, only harvested from evaporating water pools, in oceans or salt lakes. It contains impurities which give it that distinct grey color and flavor unique to its birthplace. Since it is mostly harvested by hand, it’s one of the most expensive kinds of salt, sold mostly in chunks or shavings. (Mythbuster – It is NOT healthier than normal table salt.).

The most overrated salt is Himalayan Pink Salt. It’s hilarious when you see how it is sold, as the most pure and medically beneficial salt. It’s just the hype. You’d almost think that it was harvested by Holy men who had been meditating in the hidden caves of Nepal, never seen by man! ‘It has been crystallized thousands of feet under the earth, away from dirt and pollution’, but then, that’s where all the salt was mined form, even table salt.
Truth is it’s got from Pakistan, far from the Himalayas. Guys don’t fall prey to these gimmicks, Himalayan salt can’t be a ‘chemical’-free alternative to table salt, since salt it a ‘chemical’! Table salt is your best bet when it comes to the healthiest salt, since it’s the most impure and contains iodine that you need, and it’s easy on the pocket too.

Too much of anything is bad and overdosing on salt is going to give you hypertension. So cut back a bit, won’t hurt you!