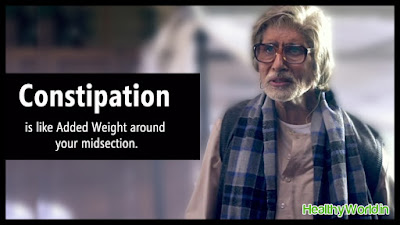 Has the urbanised new-age India been cursed with constipation? Is the modern lifestyle that our country has predominantly adopted led to an increase in the number of cases of constipation among us? Let’s get a closer look at the problem and try and get around it. ‘Oh Shit’!

A shocking statistic that we forgot to mention is that 14-15% of urban India suffers from constipation, higher than the world average of 10%. Can’t help the sentiment of wanting to be above average in every sphere, can we?

The problem was most prevalent in the metros, and 20% higher in age groups of 45-65 according to the ‘Gut-health survey’ conducted by pharmaceutical company Abbott. Constipation is a really simple term, when you aren’t able to poop for more than 2-3 times a week and this goes on for about 2-3 months, you’re constipated.

Imagine death by constipation? In order to be able to tackle the problem, let’s look at the causes in a nutshell. High concentration of Non vegetarian food in your diet Dehydration, lack of sufficient water intake.

Lack of fibre and roughage in your diet Uncontrolled snacking on oily, fried, spicy and other processed junk These are a few of the main causes of constipation. The tacking bit is quite simple, with a few tweaks in your diet you can easily overcome the issue.

Today’s modern lifestyle where we’re so dependent on processed foods and full of mental and physical stress is predominantly why constipation is on the rise. Stress plays a key role in adding to the problem, and should be avoided as much as possible. In rare acute cases, doctors can be consulted and laxatives can be taken, but in the long run home remedies would be the most ideal and convenient cure.

Dates, whole grains, apricots and other fibre rich fruits should be your new best friends. Up the water intake and have a glass of water every hour at least. Mixing dates and figs in warm milk work like magic! Besides this, dairy products and a spoonful of ghee could also be just what you need. Make sure to eat enough fruits and vegetables in your diet and not only meat.

Follow what we’ve told you above and you’ll have the smoothest of sailing even in the roughest of times!